This Morris 12/4 Series III is a 1937, original, right-hand drive car. The interior still has the old leather smell. Suicide doors, and pop-out side "trafficators" always make for a hit at car shows.  The photo below was taken at the "Brits of the Shoals" motorcar show at Joe Wheeler State Park near Florence, Alabama, September, 2012, on a rainy day.

"Lady Nuffie" , the affectionate name we call her, is a rare vehicle. From the Morris manufacturing records kept by the British Motor Industry Heritage Trust in the UK, we know she is the 64th car off the assembly line - built in September ,1937. In World War II many of these cars were scrapped for war material, so few survived. According to the Morris Registry (UK) for pre-war vehicles, only about 50 of these cars still exist worldwide.  "Nuffie" is the oldest surviving example of her kind.

Lady Nuffie received her AACA Original certification at the AACA Southeastern Division Meet in Shelbyville, TN, June, 2012. We show her in the AACA Historical Preservation of Original Features (HPOF) category. 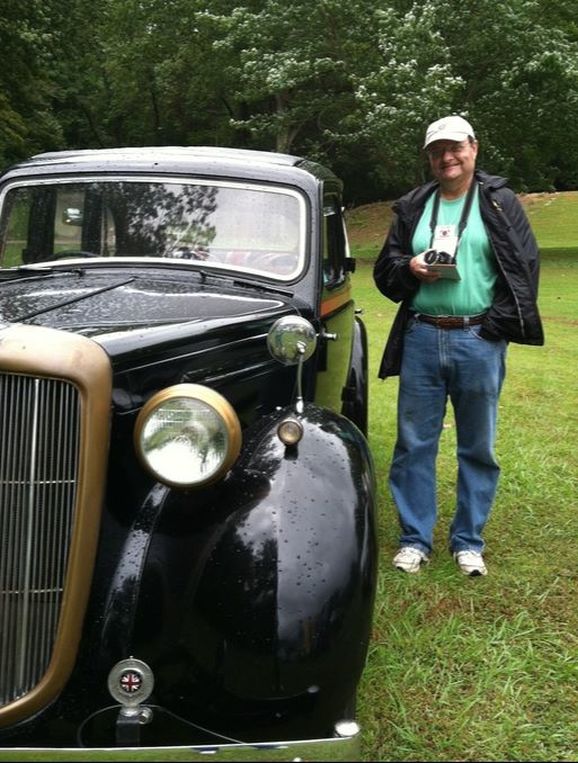